We were invited to design a poster using the word ‘Unite’, that will deliver a powerful statement about the importance of Australia’s First Peoples and their right to a fair and just society.

DesignToUnite is a call for solidarity with Australia’s First Peoples in creating a fair and just society.

The context:
Next month marks 50 years since the 1967 referendum to count Aboriginal and Torres Strait Islander equally as Australian citizens—a pivotal moment in our nation’s history and a crucial first step towards addressing the legacy of injustice brought about by colonial settlement. It was a triumph of decency, common-sense, empathy and collective action. An overwhelming 90% of voters threw their support behind the motion.

This golden anniversary is the perfect opportunity to recapture that spirit of unity from 1967, which is why the #DesignToUnite campaign has been launched.

Clear, in partnership with Reconciliation Australia, are challenging Australia’s design community to harness its creative energy to refocus public and government attention. The aim is to saturate the country with a singular message of unity and re-engage discussion on what still needs to be done.

Our submission explanation:
This poster represents a united Australia. It also symbolically represents the unfair, unjust struggles that Aboriginal people had to endure prior to the Referendum in 1967.

The individual custom designed typography in the word UNITE are made up of Aboriginal symbols that help tell the story. U represents the Aboriginal people, N represents the struggle in the form of a hill that turns into a rainbow once the referendum was passed, I is clapping sticks representing celebration, T represents the track of a new road ahead, E is an abstract version of a snack track showing that while there is reason to celebrate the road ahead will not be easy.

This poster initially represents happiness and celebration, but I believe it is important to remember the past, empathise and understand so the same mistakes are not made again.

Why colour is an important element in your brand strategy 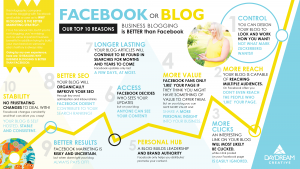 Want to chat to a branding expert?book me in